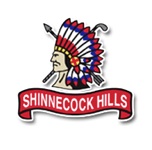 END_OF_DOCUMENT_TOKEN_TO_BE_REPLACED

Although Shinnecock Hills was founded in 1891 and is believed to be the oldest organized golf club in the United States, the golf course that is currently in play was actually designed some 40 years later.  Widely considered William S. Flynn’s masterpiece, Shinnecock Hills is an American treasure.   Golfers playing here are treated to a wonderful journey through native fescue grasses and undulating terrain as they face off against some of the greatest holes in golf . . . and often times a strong and steady wind.

Local Knowledge: The 11th hole, a tricky par 3, is often referred to as the shortest par 5 in the world.

So here we are back where it all began . . . Shinnecock Hills Golf Club. For the recent followers of my Top 100 quest or the long time visitors who don’t know the full story, this is where all of the Top 100 madness began. In the summer of 2007 I received a surprise invitation from my buddy Jay to tag along with him for a game at Shinnecock Hills. To make a long story short, we had a GREAT time visiting the club and upon returning to Virginia I got it in my head that I wanted to play the entire Top 100 list. Whew, I had no idea what I was getting myself into! Playing the Top 100 has been nothing if not an education and the deeper into the list I have gotten the more I feel I’ve learned about golf courses as well as honed… END_OF_DOCUMENT_TOKEN_TO_BE_REPLACED

The view of the clubhouse below is what we saw after we parked our car and started walking towards the holy grail of golf. Shinnecock Hills in Southampton, NY is on just about every golfers dream list. Few places in golf evoke the respectful reverence as when one says they are playing at Shinnecock Hills. The club is rich with history being one of the founding clubs of the USGA and playing host to numerous U.S. Opens. Although the current course design was done in 1931 the club itself was established in 1891. Shinnecock Hills had the very first clubhouse in America. This club’s hallowed grounds have no doubt been the site of great drama among its members as well as the PGA Tour.     Our host greeted us on the practice green and led us to the locker room to change shoes. The clubhouse at Shinnecock is great.… END_OF_DOCUMENT_TOKEN_TO_BE_REPLACED