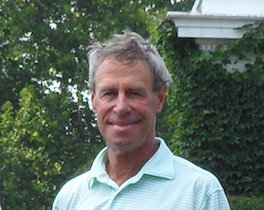 (L-R) Bill Coore, Ben Crenshaw and Mike KeiserOver the last two decades golfers have been fortunate to live through a renaissance period in terms of golf course architecture. One of the key figures in this era has been a Chicago businessman with an intense love for the game of golf, Mike Keiser. After selling a very successful greeting card company Keiser decided to try his hand at golf course development and quickly discovered he had a knack for it. Over the last two decades Keiser has END_OF_DOCUMENT_TOKEN_TO_BE_REPLACED 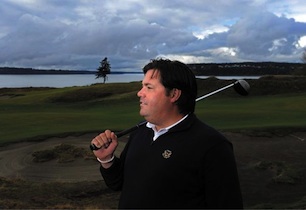 After playing Chambers Bay back in April of this year I contacted Danny Sink who is the Championship Director for the 2015 U.S. Open that will be held at Chambers Bay. Danny has worked for the USGA for nearly 10 years and has been intimately involved in USGA Championships held at Shinnecock Hills, Winged Foot, Oakmont, Bethpage Black, Merion, Pebble Beach and The Olympic Club - including holding the Championship Director title at three previous U.S. Opens (2009, 2010 and 2012). Danny took a few minutes to chat with me END_OF_DOCUMENT_TOKEN_TO_BE_REPLACED 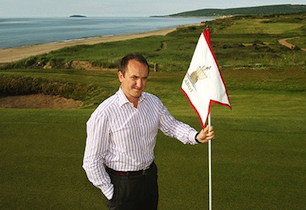 Ben Cowan-DewarBen Cowan-Dewar has accomplished a lot for his age. Not even 35 years old yet, Ben has owned a golf travel company, played a vast majority of the World Top 100 and is the founder of one of the hottest new golf resorts in North America, Cabot Links. Ben recently took a few minutes to chat with Golf Tripper about Cabot Links and the new Bill Coore & Ben Crenshaw course scheduled to open in 2015, Cabot Cliffs.     GT: So, you must be END_OF_DOCUMENT_TOKEN_TO_BE_REPLACED 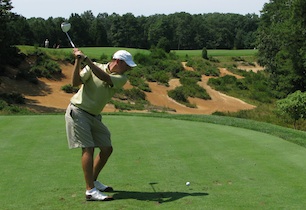 In case anyone missed it . . . and I'm sure most of you did . . . here is a link to last Saturday's edition of the radio show Back Spin Golf hosted by Matt Laurance (aka David Silver's dad from the original Beverly Hills 90210 . . . no, thats not a joke). Matt recently discovered my website and asked me to call in for a little chat. Click the link below to hear the 10 minute segment. Hope you enjoy. Itinerant Golfer on Back Spin Golf END_OF_DOCUMENT_TOKEN_TO_BE_REPLACED 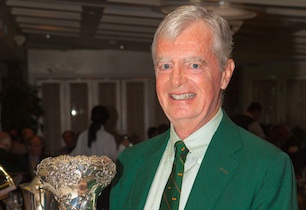 I may call myself The Itinerant Golfer, but when you get right down to it I'm not even fit to carry the shoe bag of Bob McCoy.  Not only does Mr. McCoy have more hair than me, but he may be the original itinerant golfer. Bob was busy golfing his way across the globe decades before I ever started this website and had capped off the Top 100 in the world list before I was out of junior high school. After playing hockey in his youth Bob switched to golf END_OF_DOCUMENT_TOKEN_TO_BE_REPLACED 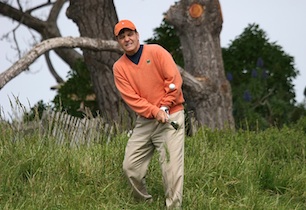 Below is a short interview with elite amateur (MY words, not his) Randy Haag. Randy is currently the highest ranked amateur player in the world over the age of 45 and has been a member at The Olympic Club, site of the 2012 U.S. Open, since 1984. Randy has the unique position of having played more competitive rounds of golf on Olympic's Lake Course than probably any other golfer in the world. His golf resume is long and very impressive. Randy is a 7 time club champion at The Olympic END_OF_DOCUMENT_TOKEN_TO_BE_REPLACED